A Charity Gala Performance in Aid of the Barn Theatre

The Barnstormers returned to the Barn Theatre in December 2019 with their 20th Anniversary show – ‘Encore!’

A fabulous musical compilation show featuring some of the very best performers and musical theatre numbers presented by The Barnstormers over the previous two decades.

The show featured a mix of musical numbers from many of their Barn and Minack shows, as well as several current West End productions. The common thread being the performers, all of whom have appeared in The Barnstormers’ ambitious and acclaimed productions over the last 20 years.

Encore! was produced by Paul Robinson and our Musical Director was Colin Warnock. Direction and Choreography was by Fiona Steel.

Over 40 former Barnstormers took part in this show, raising around £1,300 for the Barn Theatre. 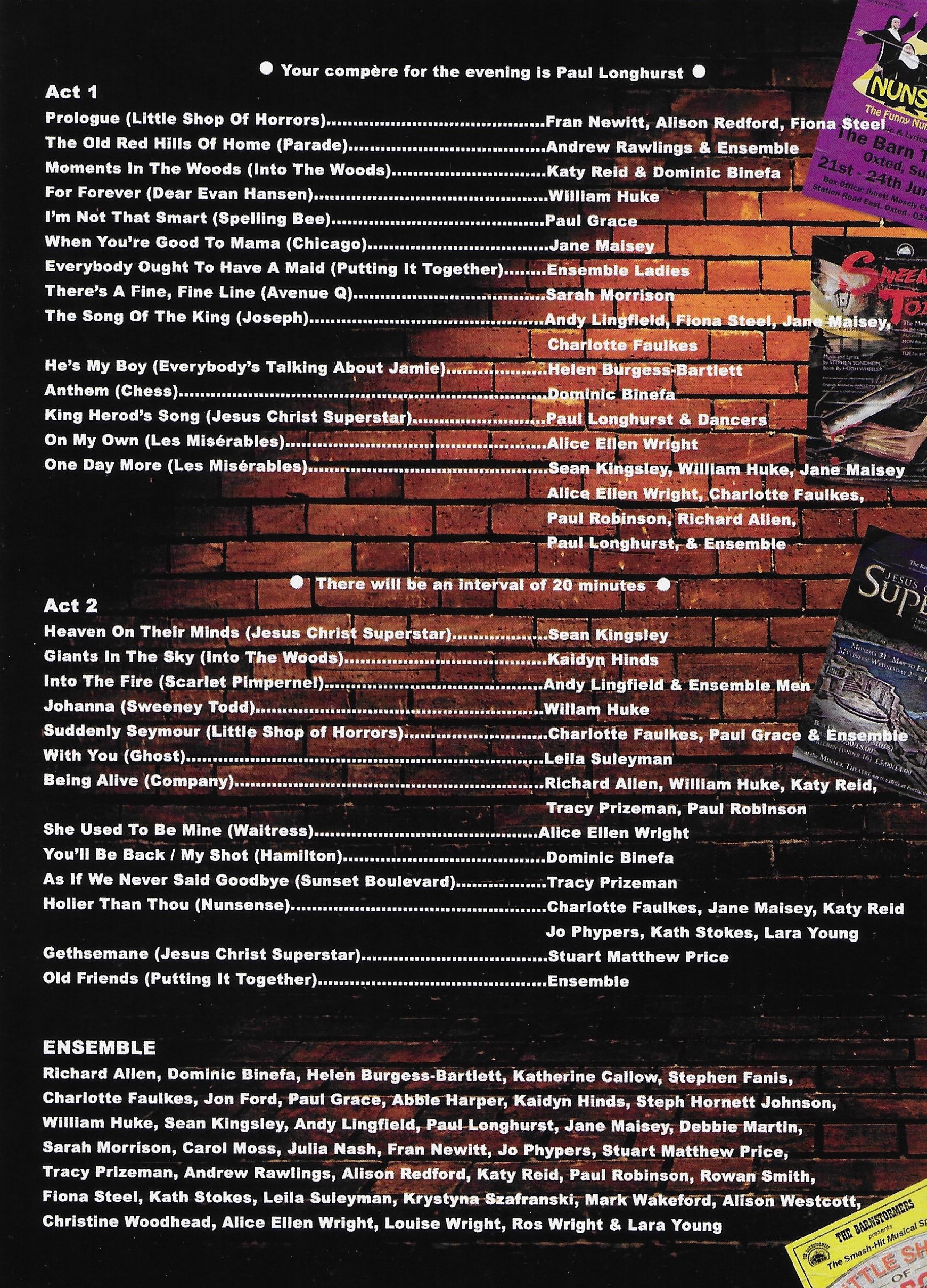