The Spelling Bee competition is a modern day American phenomenon, which the Tony Award winning creative team of William Finn and Rachel Sheinkin have brought to the stage in this quirky and witty musical comedy.

It tells the story of six young people in the throes of puberty, overseen by grown-ups who barely managed to escape childhood themselves, and who learn that winning isn’t everything and that losing doesn’t necessarily make you a loser.

Spelling Bee was produced and directed by Richard Allen, with the assistance of Paul Robinson. Colin Warnock joined us for the second time as Musical Director.

Bruce Reed was Technical Director and Set Designer and the Stage Manager was Malcolm Le Croissette. 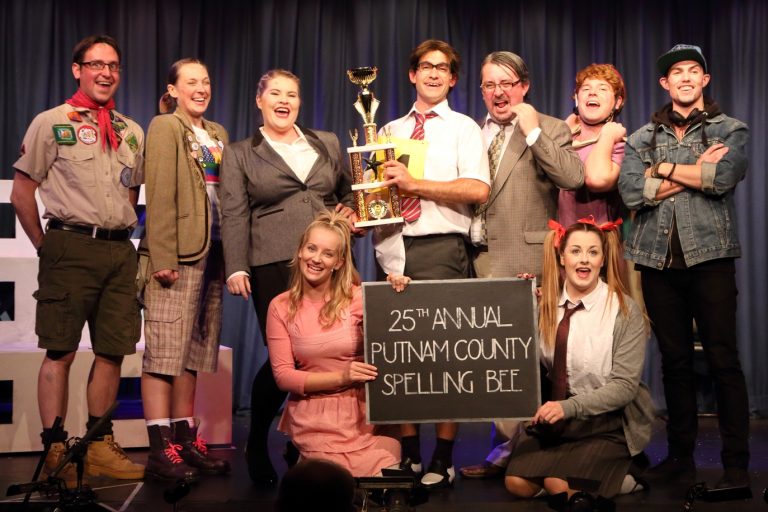 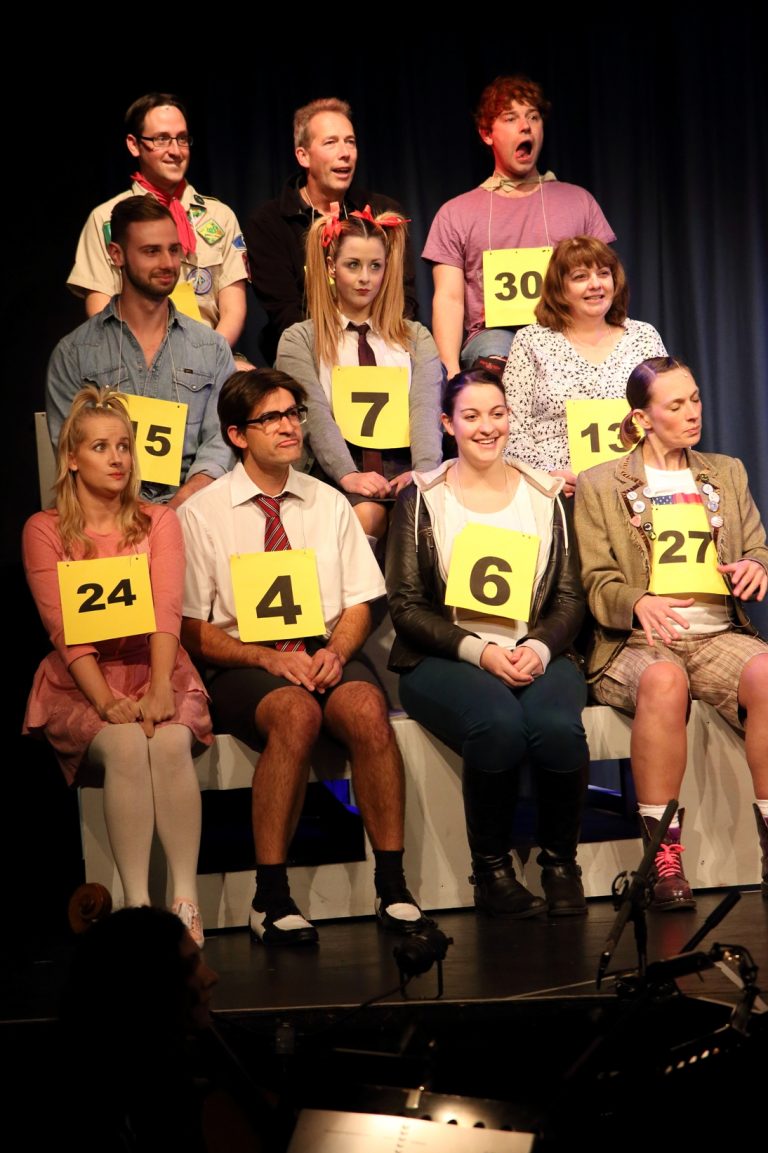 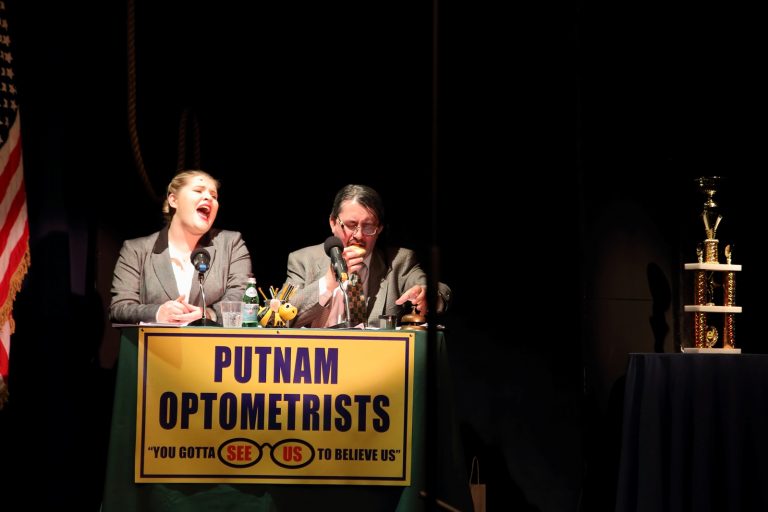 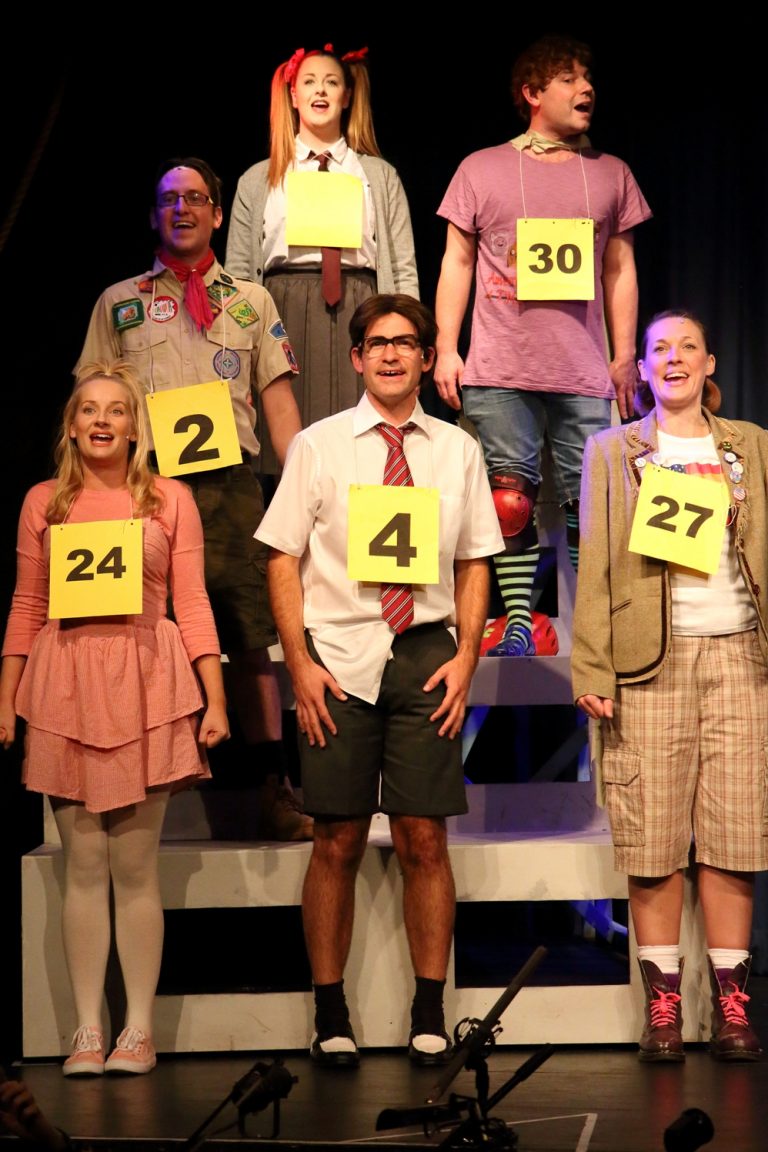 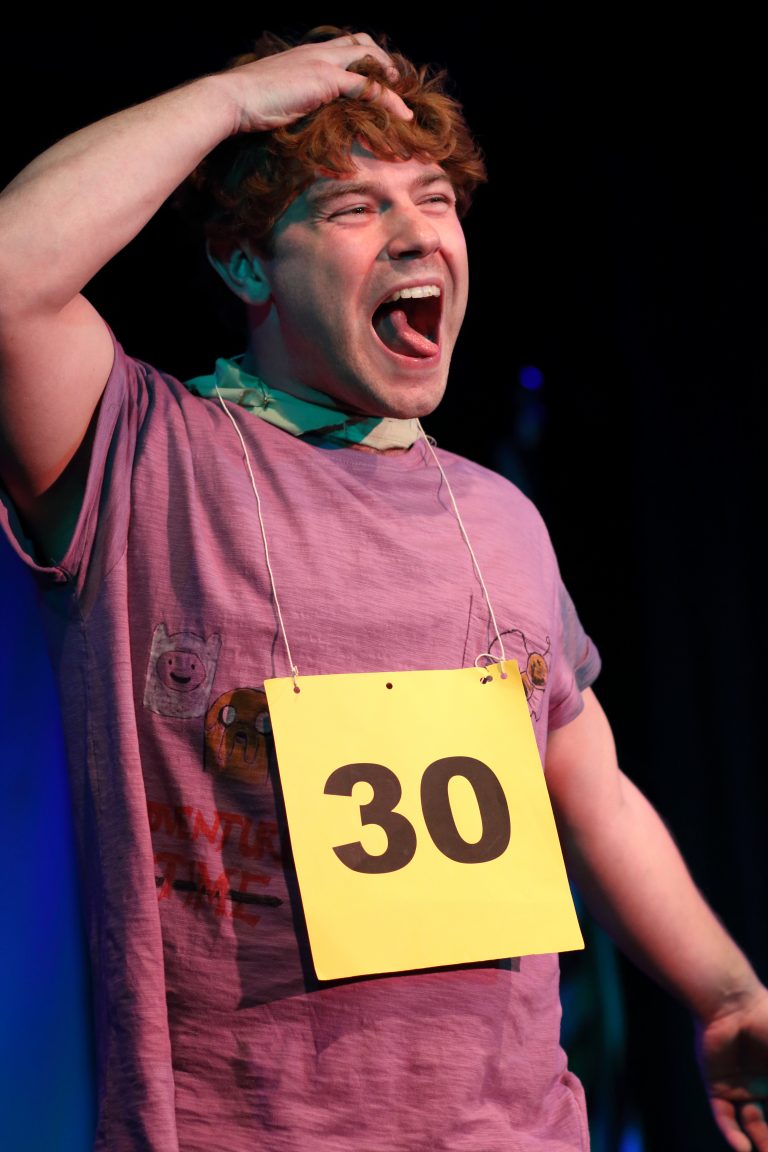 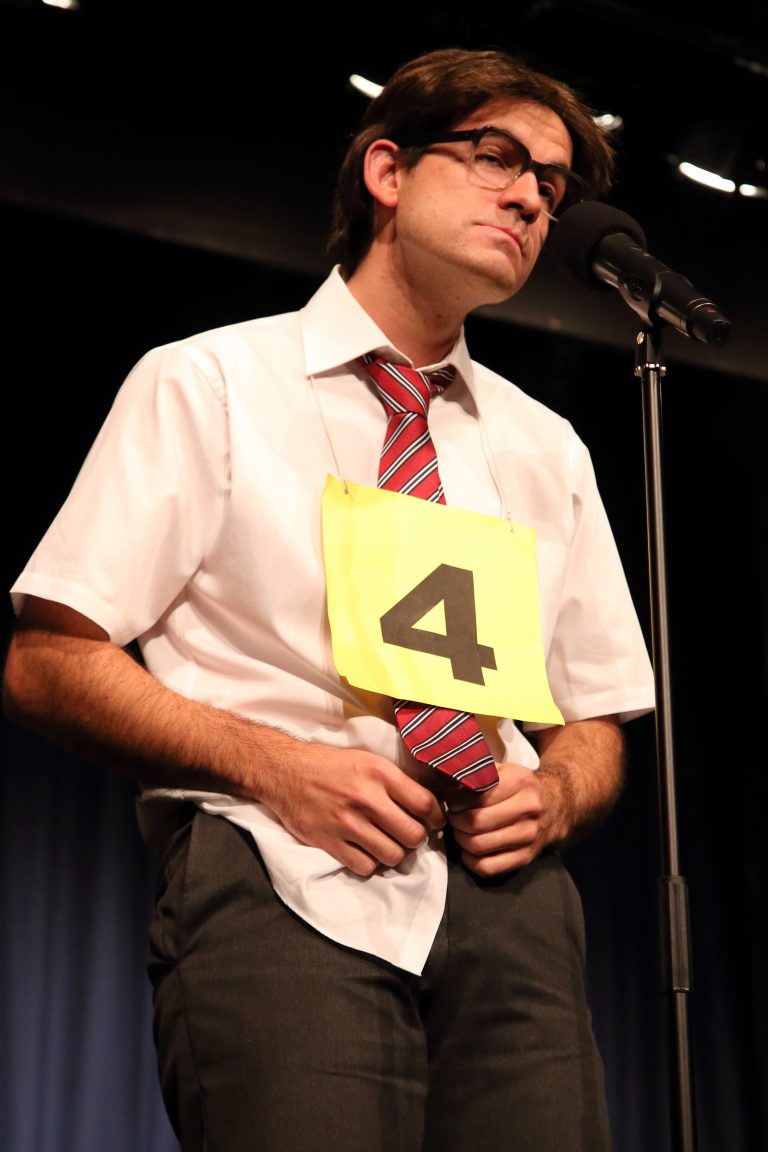 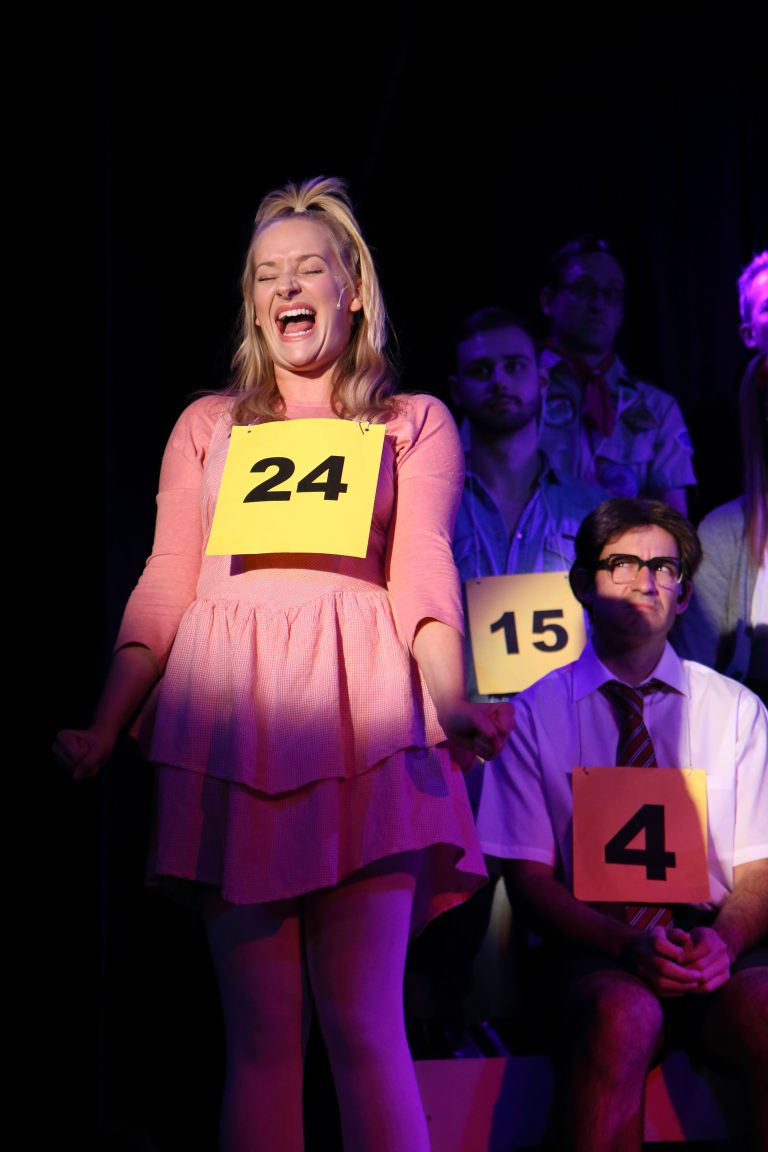 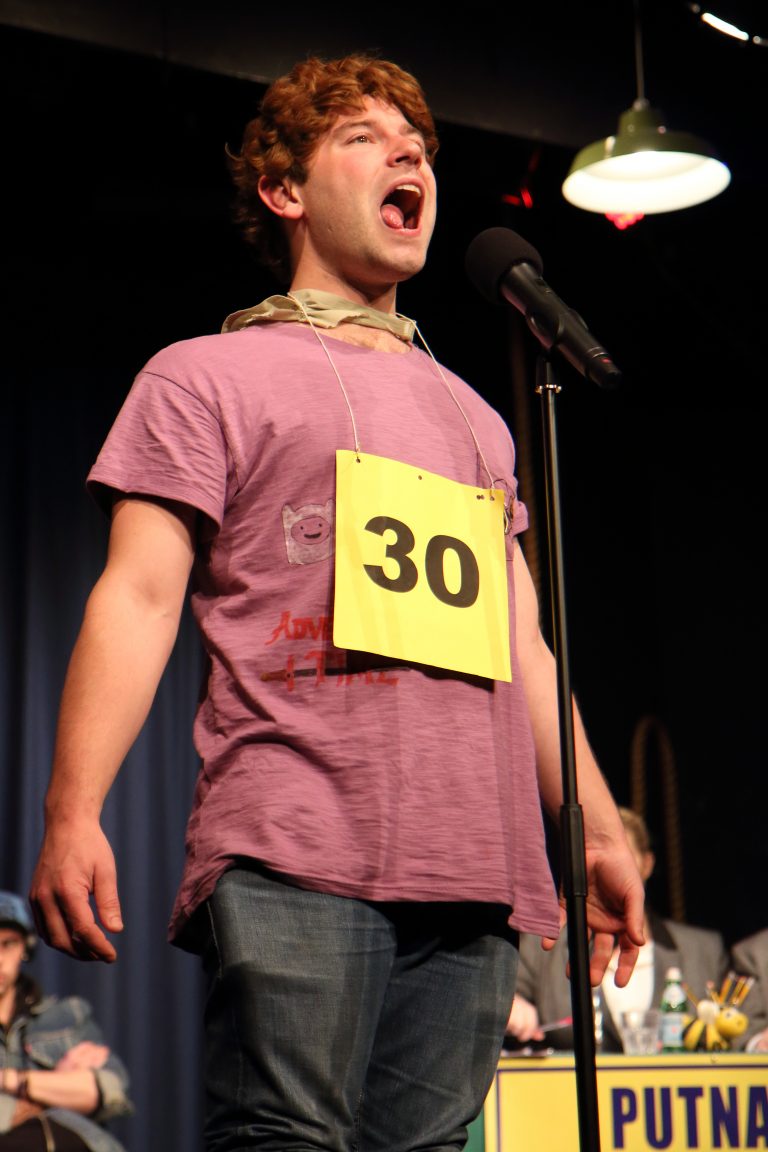 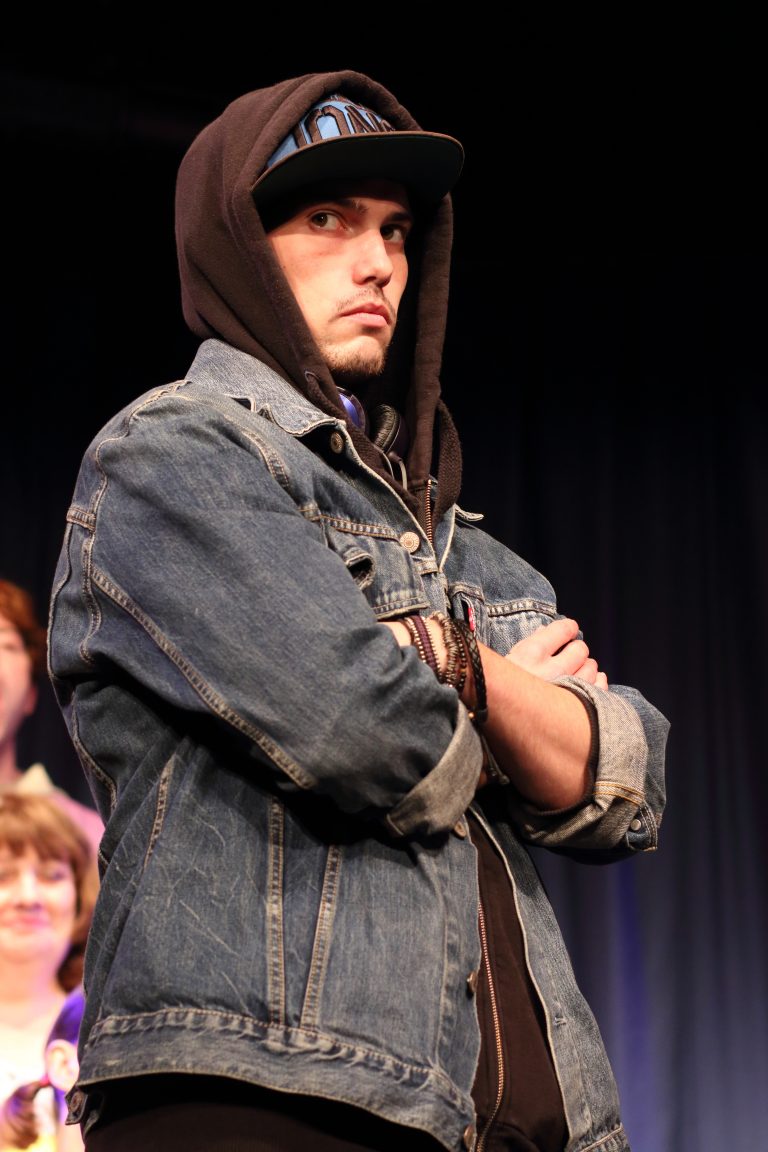 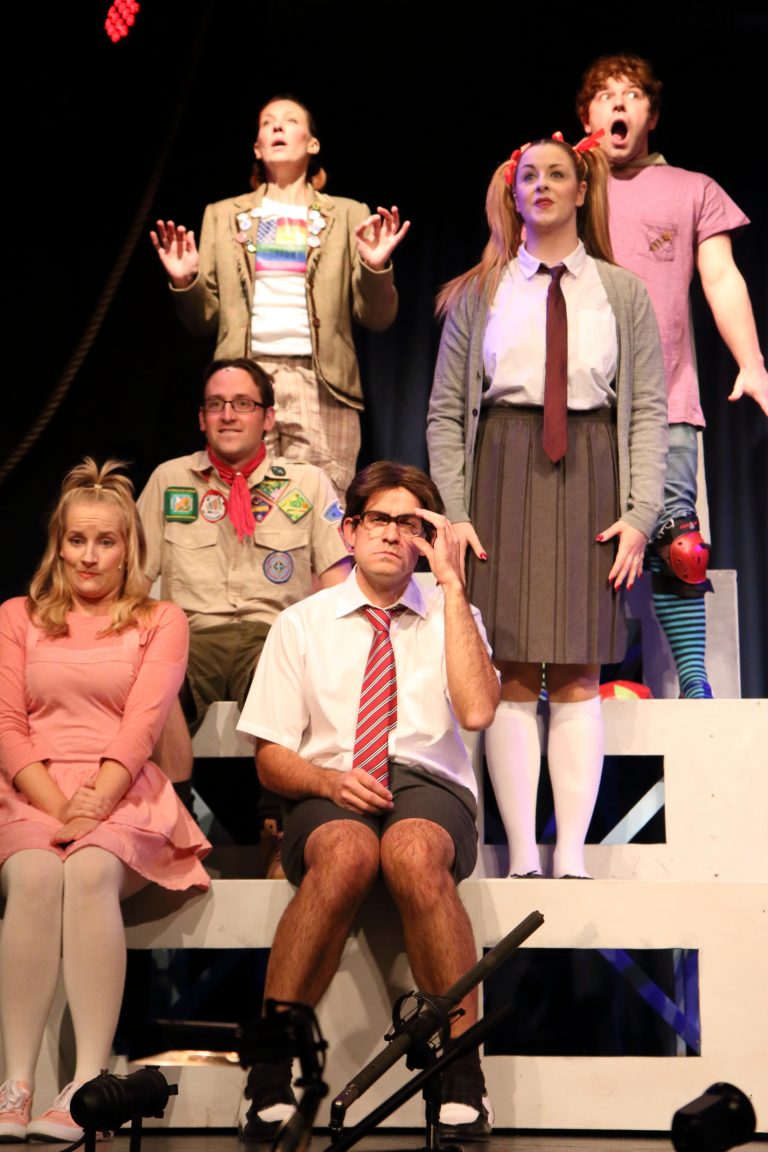 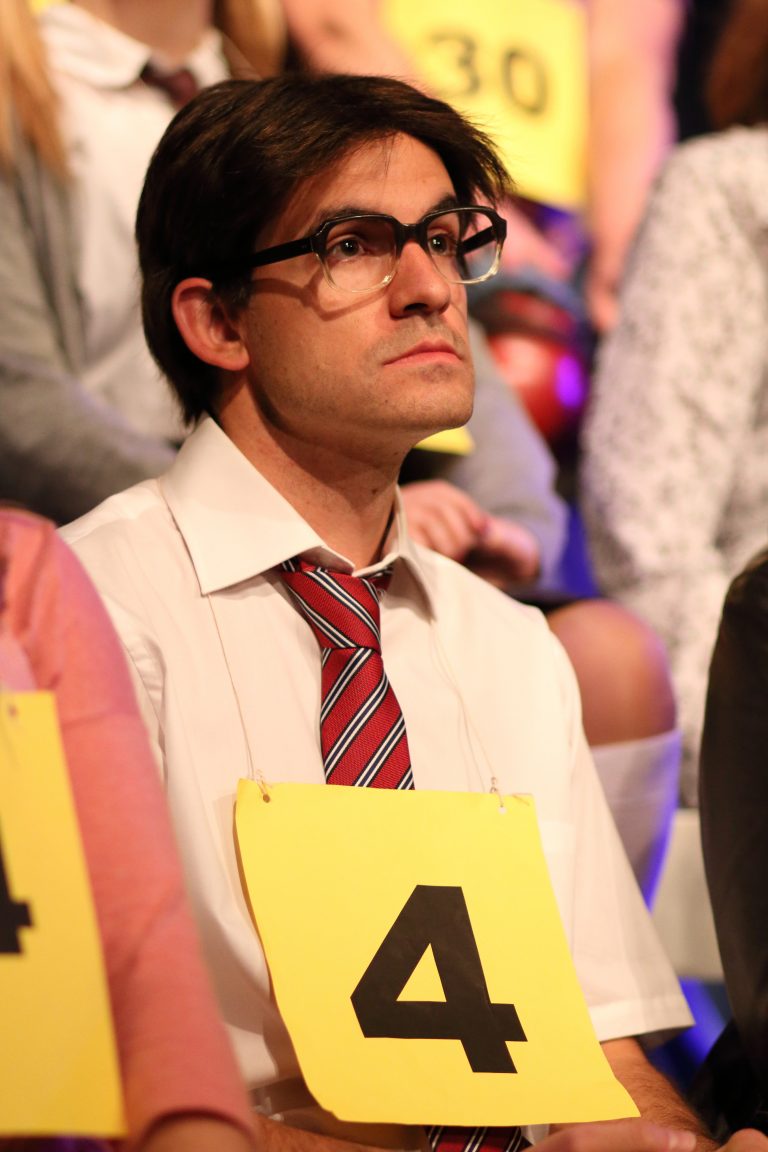 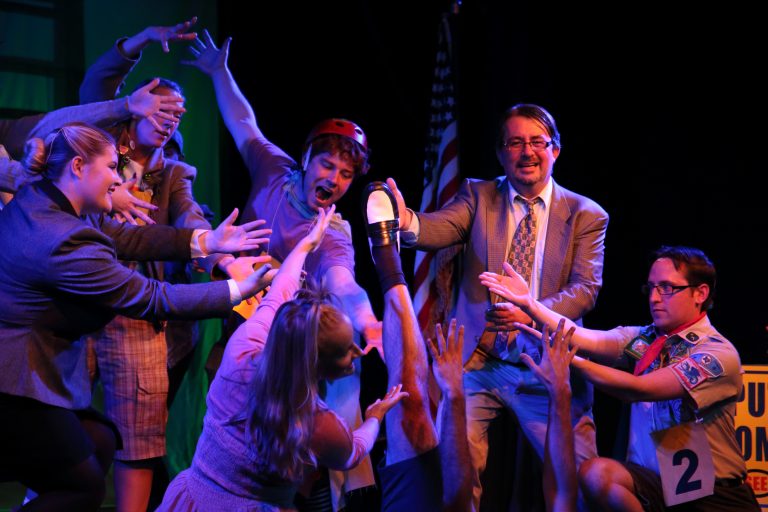 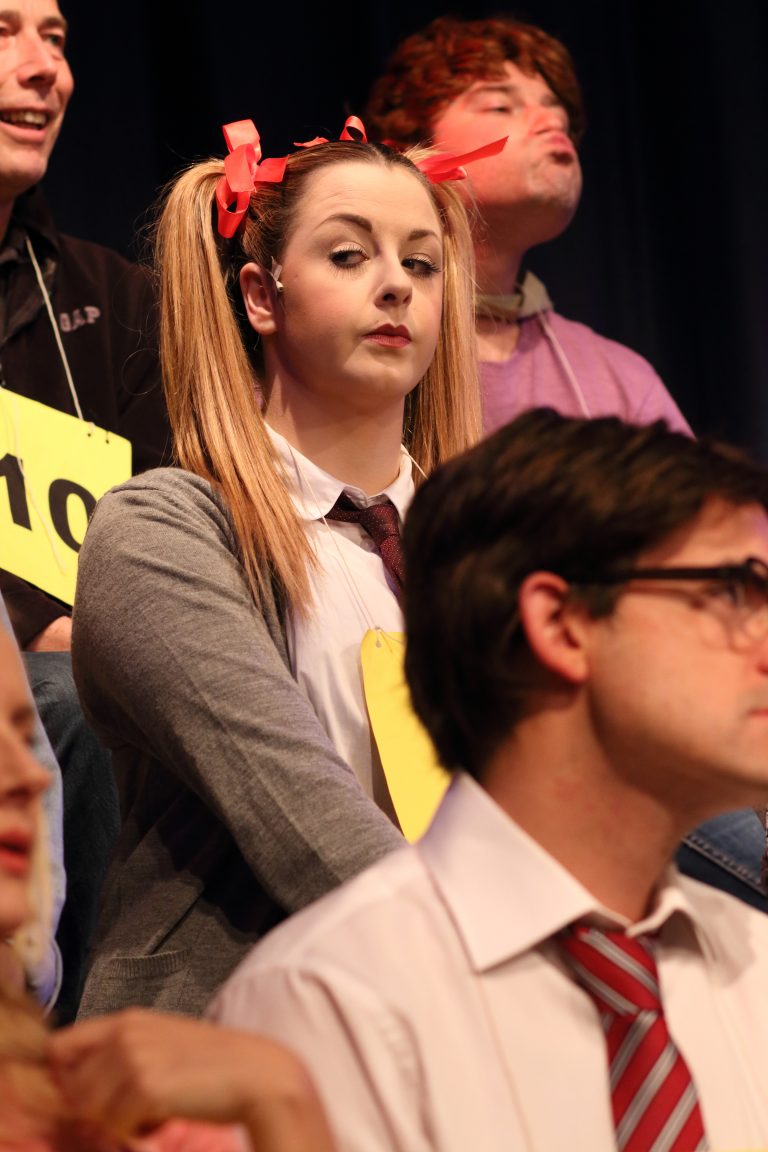 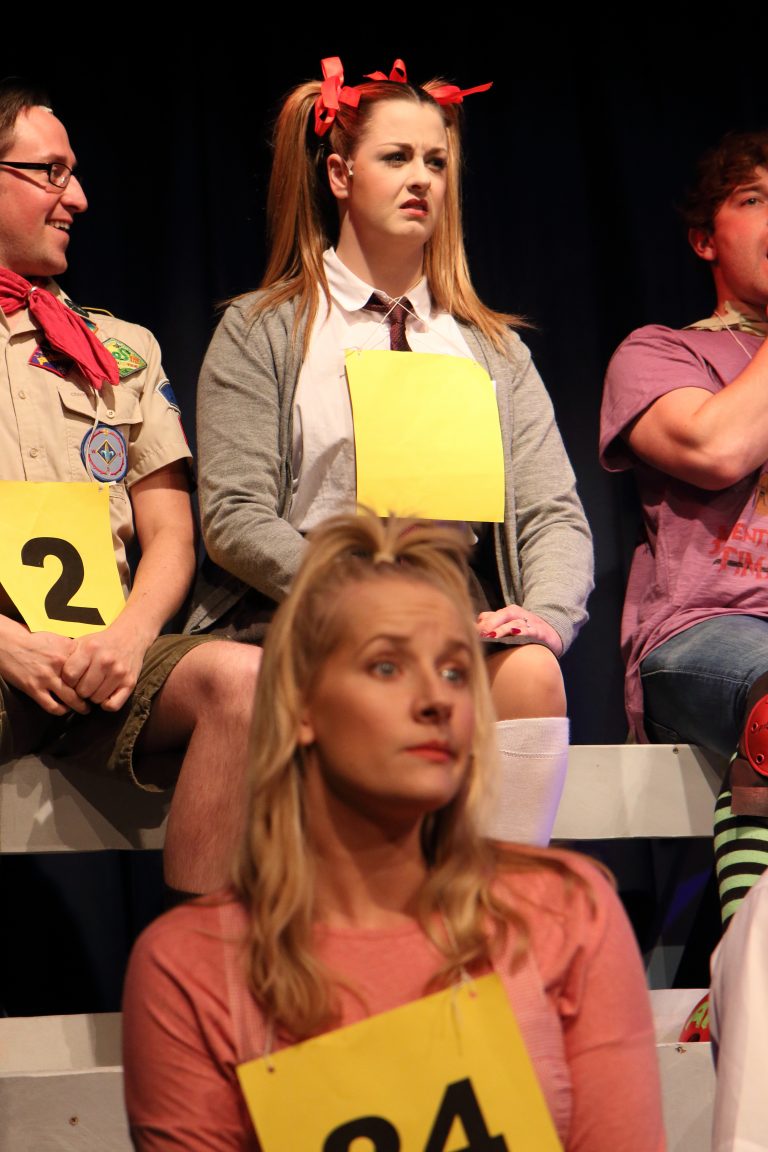 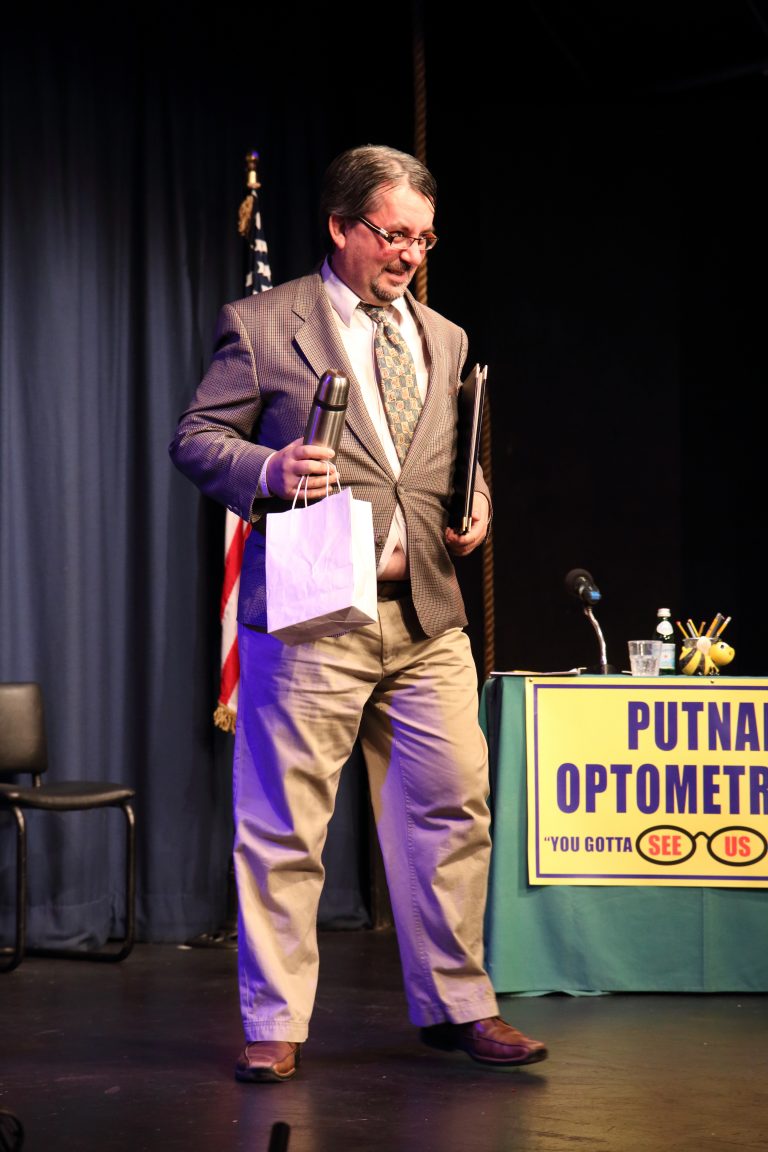 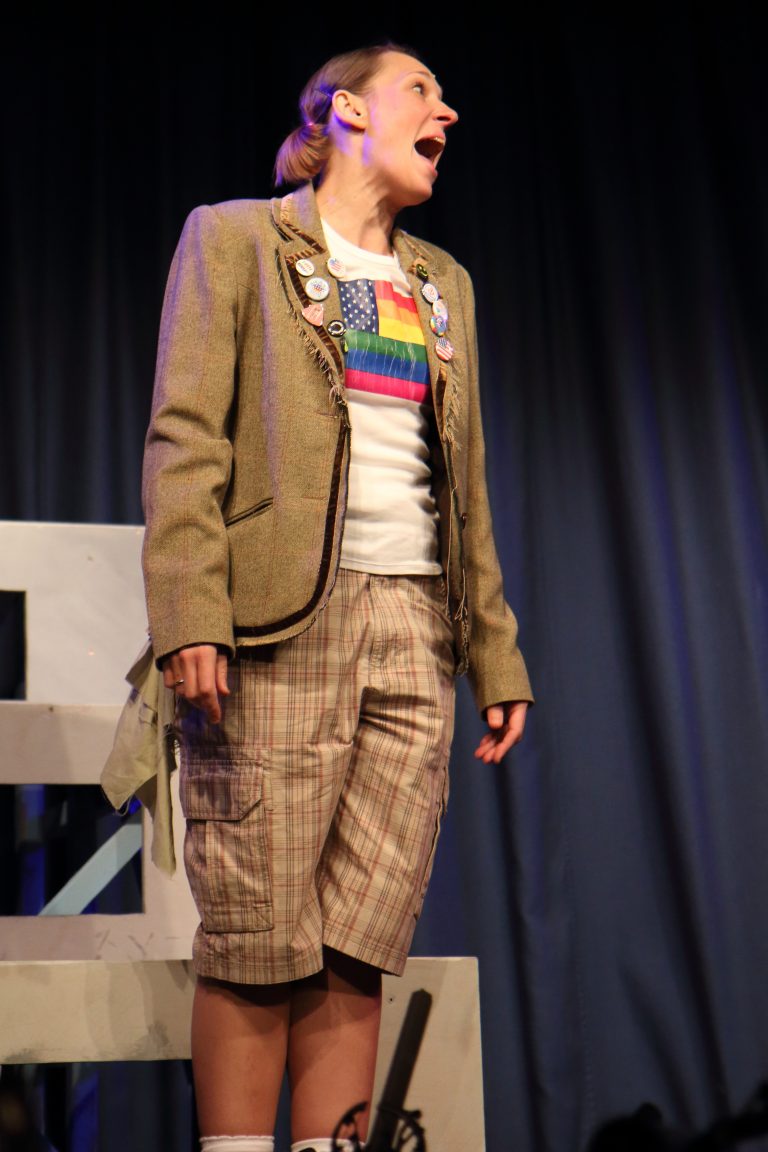 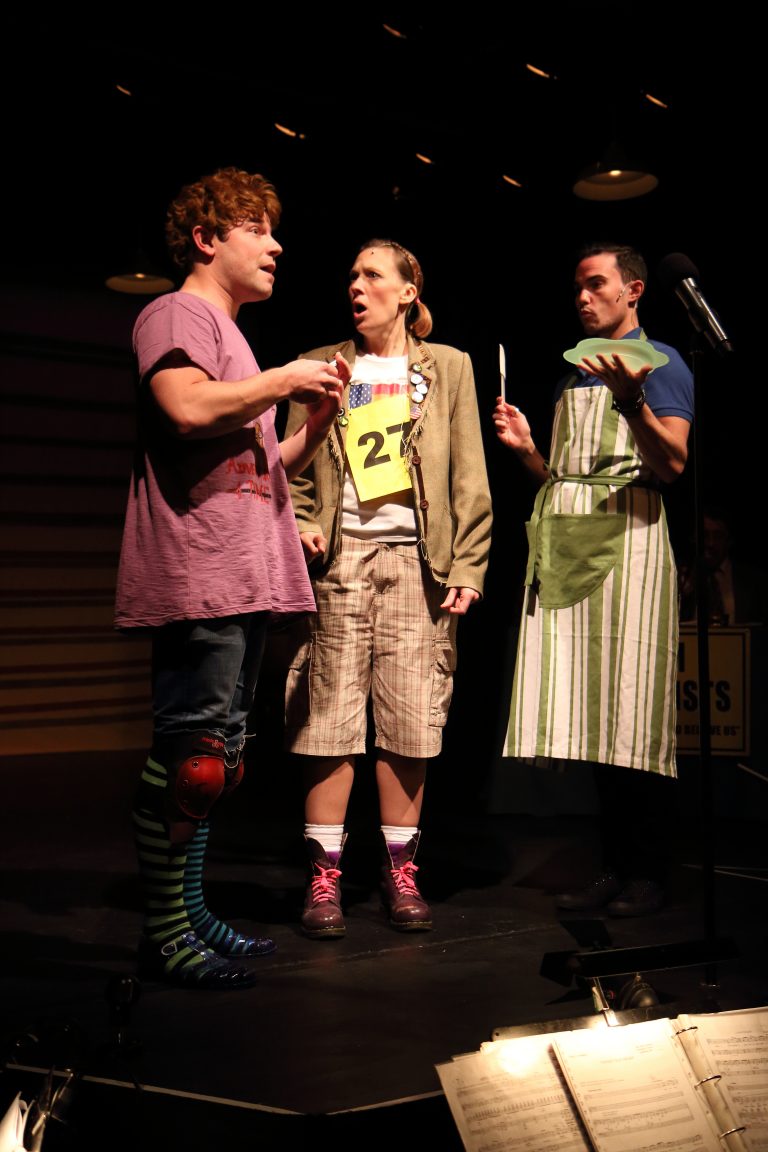 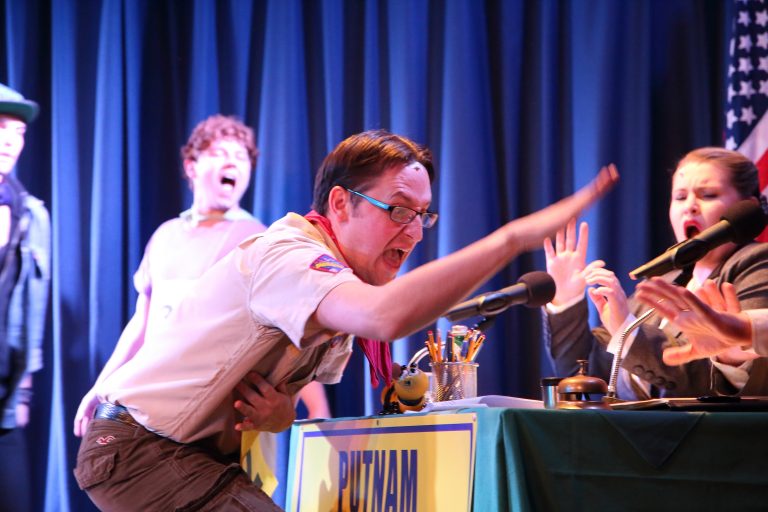 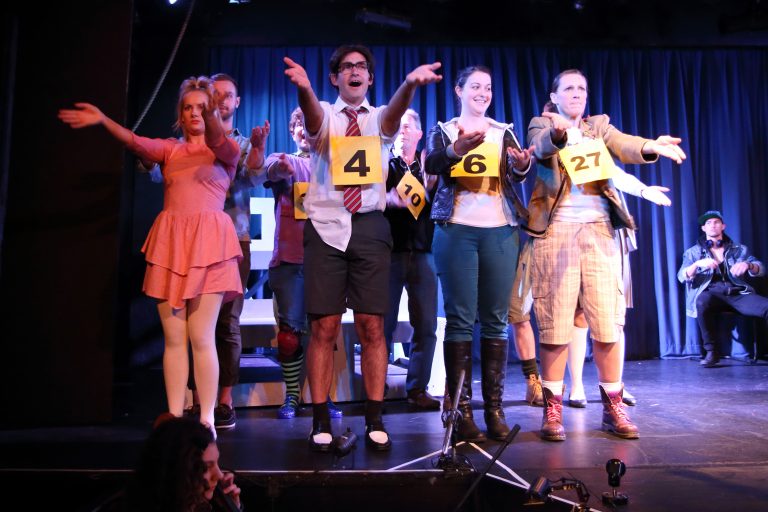 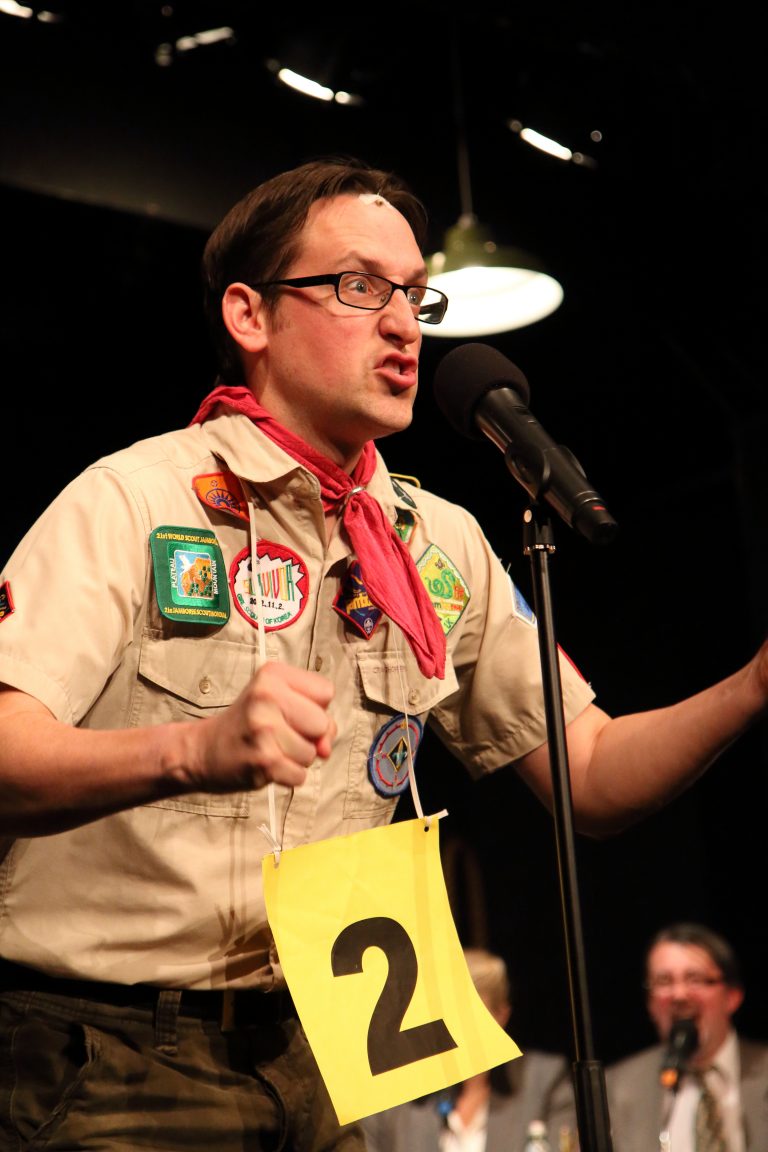 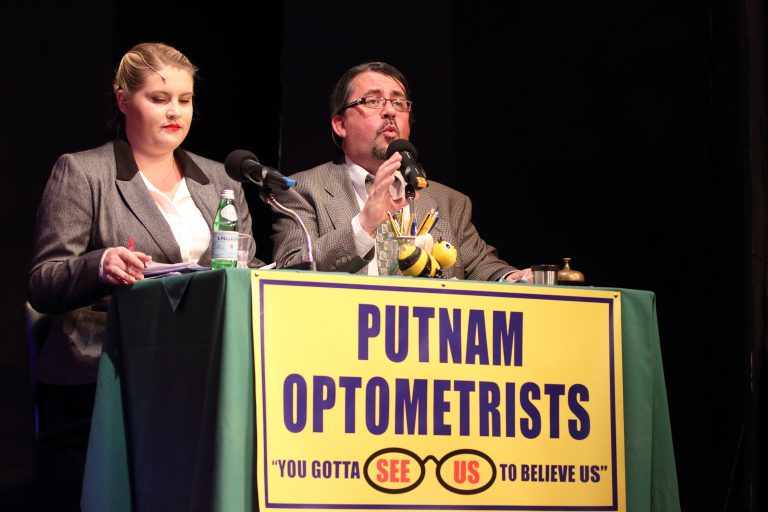 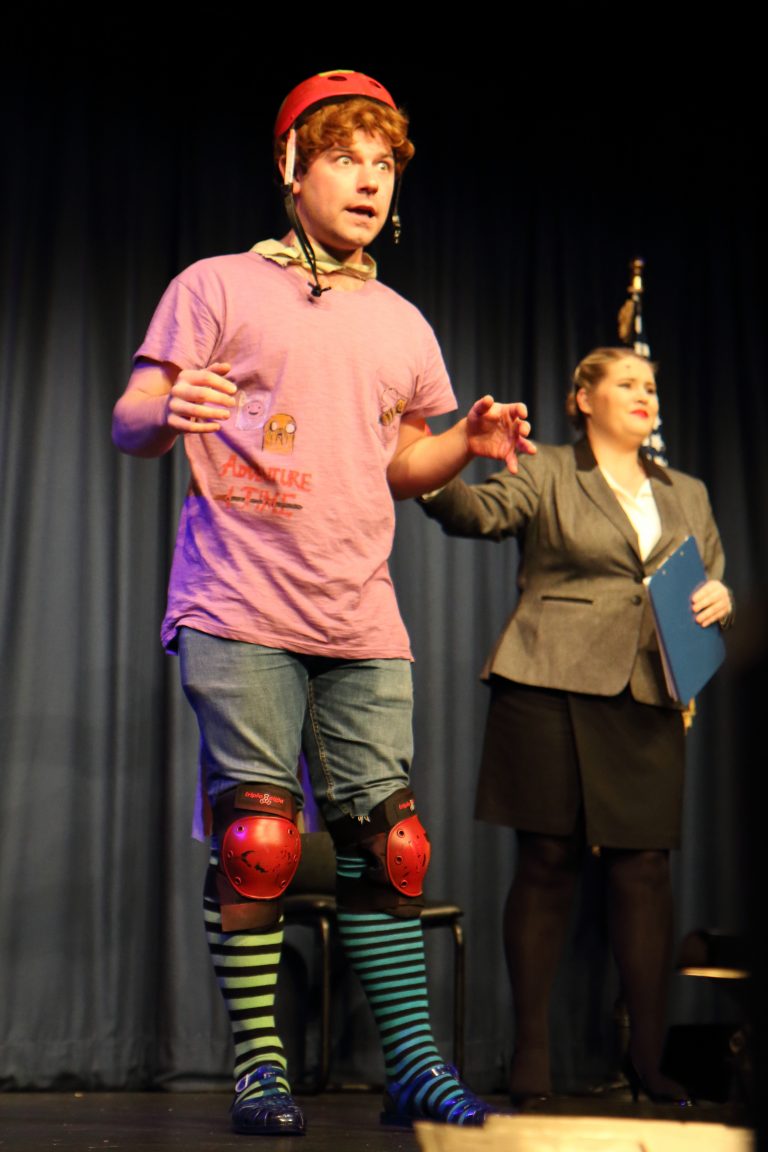 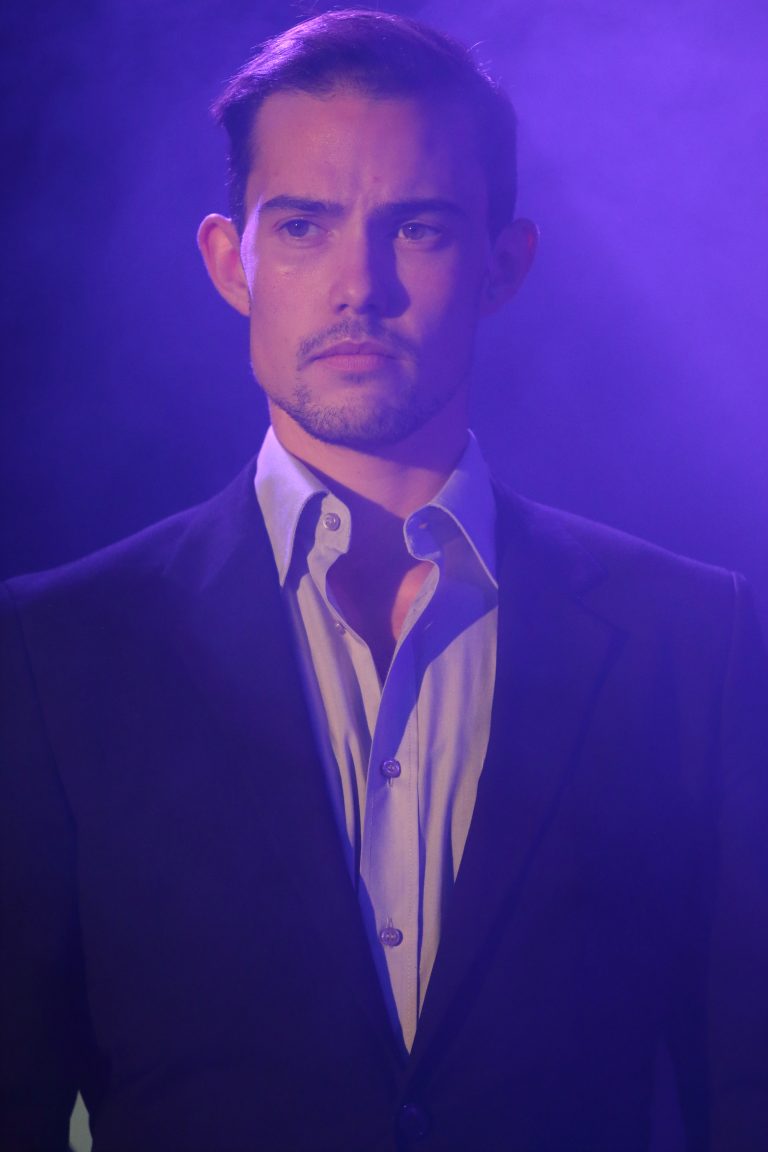 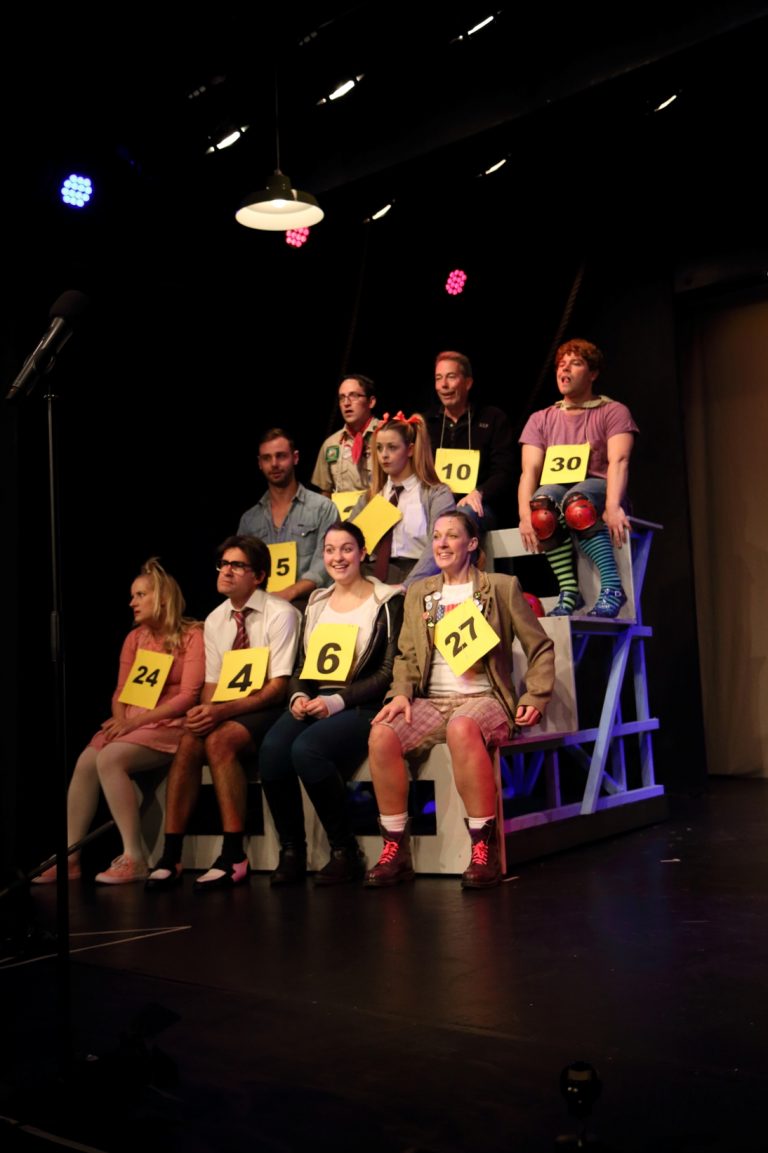 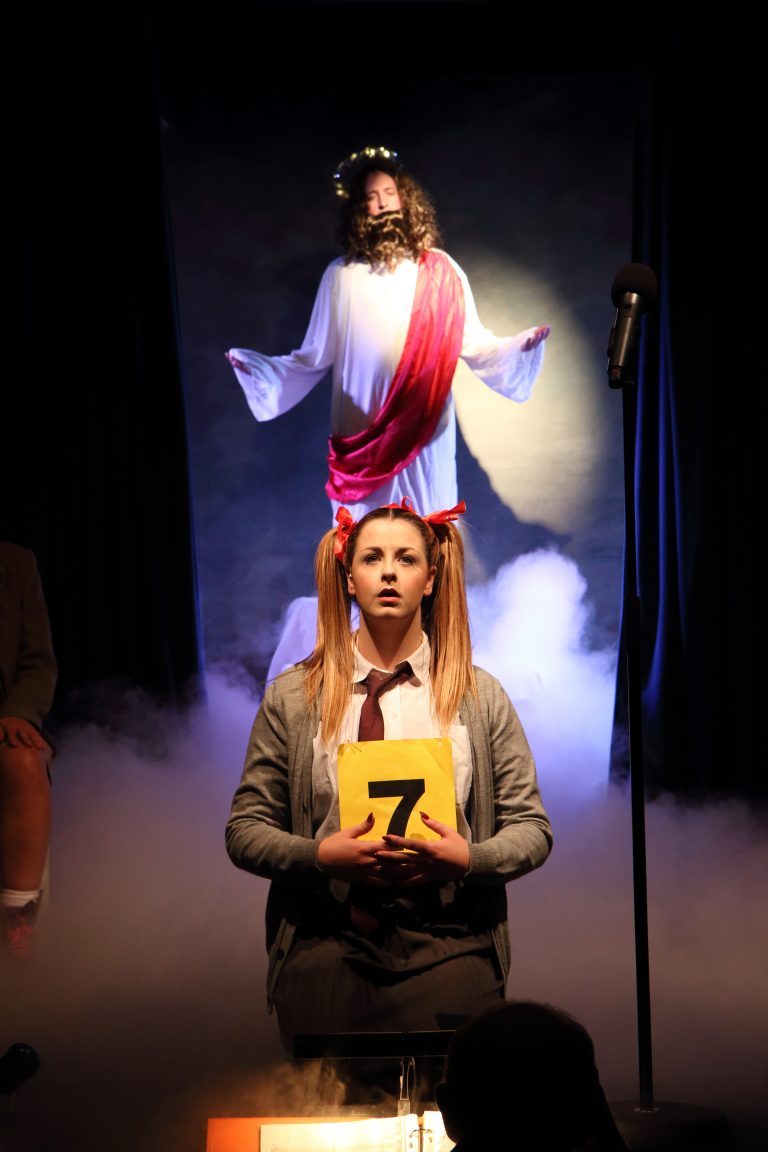 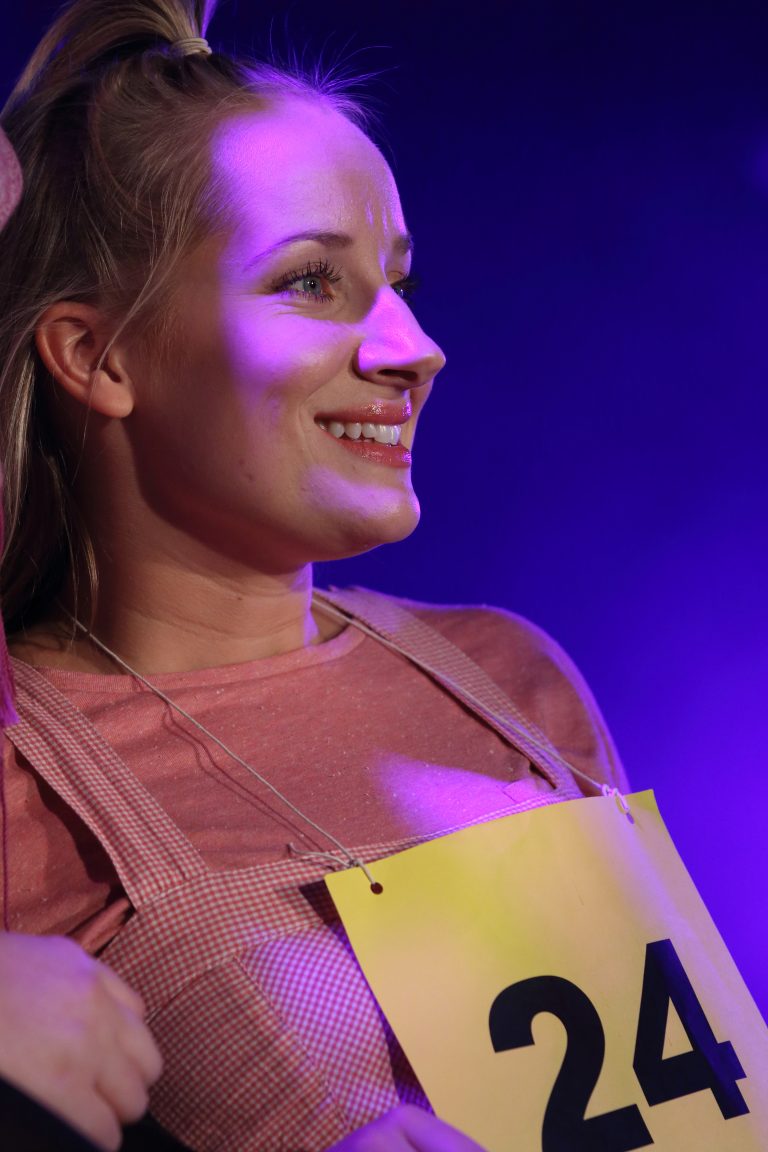 Sadly I didn’t get to see the Donmar Warehouse production of the award-winning 25th Annual Putnam County Spelling Bee in 2011. It was therefore, a huge relief that my first experience of this hilarious musical comedy was produced to such a high standard for the amateur stage this week by Richard Allen’s exceptional Surreybased company, The Barnstormers.

Formed just fifteen years ago The Barnstormers enjoy sharing their productions with Oxted’s splendidly equipped and aesthetically gorgeous Barn Theatre – as is the case this week – and Cornwall’s legendary Minack Theatre, where the group was the first-ever touring company to win the ‘Minack Trophy’ (outstanding Minack production of the year) on consecutive visits (Jesus Christ Superstar - 2010 and Parade - 2013).

A successful production always starts with a visionary Director. The next step, which was supported after the show by Spelling Bee’s Director Richard Allen, is in the casting – in fact he would rather cite the assembling of a good cast as the MOST important factor. Either way, there is no question that he’s pulled out all the stops putting together this week’s talented line-up. It’s not everyday you sit down to an amateur show only to read in the programme notes that nearly half the cast are graduates of some of the country’s top drama/dance schools. But that only brings me back to my earlier comment and the attraction of working with a good Director.

Of course, the show’s got to be good too.Spelling Bee, not surprisingly, was first produced on Broadway and focuses on the curiously popular and competitive American phenomenon of children’s spelling competitions. Such events have been popular in the States for years and are organised with strict rules on a national scale. The 25th Annual Putnam County Spelling Bee sees half a dozen dysfunctional 12-year-olds competing for the local competition which has been organised and run by an ex-spelling bee champion (now the town’s top realtor), and the Vice Principal of the Putnam Valley High School where the competition is being held. Throw in a local tearaway to help out as part of his Community Service and your cast is complete.

William Finn’s funny and, at times, touching music and lyrics make good companions to Rachel Sheinkin’s witty book offering an eclectic mix of characters and comedy for any group of intelligent performers to dive into. The result, from The Barnstomers, is nothing short of genius and was given even more added value when four members of the audience were press-ganged into swelling the numbers of onstage competitors to ten – blushes almost turned to fear when the unfortunate quartet even had to join in and compete, with hilarious results as the organisers made fun of them through a mix of ad-libbing and the show’s script.

I would easily turn this review into an essay if I gave all nine actors the mentions and plaudits they all thoroughly deserve, so you’ll have to take it from me when I say the onstage chemistry between the whole ensemble (and it is very much an ensemble piece) is wonderfully evident in a display of great performances across the board …But I would be doing a real injustice if I didn’t at least mention the talents of Elizabeth Skinner and Paul Longhurst as the Spelling Bee organisers, Rona Lisa Peretti and V.P. Panch – as well as some very funny moments both together and individually, Skinner in particular also brings a lovely vocal performance to her role.

Secondly, I loved watching Dominic Binefa and Emma Saunders as young spelling bees William Barfée and Marcy Park. For me these two really stood out with two incredible and completely believable characterisations. Binefa’s portrayal of the over-confident smart-alec Barfée had the audience in stitches throughout the entire evening. This is the third time I’ve seen and reviewed Binefa now and each time he’s impressed in completely different role types. As with Binefa’s natural talent for comedy, Saunders’ professionalism and versatility shines through in everything she does and it was no surprise to read this performer has graduated from Epsom’s prestigious Laine Theatre Arts with a Trinity Diploma in Professional Musical Theatre.

"In a word Spelling Bee was 'Wonderful'"

I feel sorry for anyone who didn't see The Barnstormers' production at the Barn Theatre, Oxted, of the 25th Annual Putnam County Spelling Bee.

It was truly the funniest and most professional show I have seen in a very long time.

Richard Allen should be commended for his vision as director and his ability to gather so many talented and professional actors together.

Spelling Bee deals with the issues associated with the world of children's competitive spelling, a subject not usually associated with humour. The audience absolutely loved it - even my hard to please teenage son loved it; it was hysterical.

Adults portraying children with individual "issues" - how clever. This show brings together children from different backgrounds and abilities and throws them into a gymnasium in America.

Each character had been carefully crafted and they were all made so endearing by the actors. It was obvious that many of the cast were professionally trained and it is hard in such a cast to pick stand out performances. However Dominic Binefa and Liz Skinner were outstanding as William Barfee and Rona Lisa Peretti.

The singing was superb.

This show would have been at home in the West End and I would pay the prices to see it again. Well done Barnstormers it was wonderful.